U.S. Supreme Court Justice Elena Kagan led an off-the-record round table discussion with 15 ambassadors to the United States Wednesday in the second meeting of the Lugar Diplomacy Series.

Justice Kagan, who was sworn into the Court in 2010, was introduced by former Sen. Richard Lugar, president of The Lugar Center. “It is a rare privilege to be able to engage with a Supreme Court Justice in such an intimate setting, especially at such an interesting moment in history,” Lugar said in his remarks. He noted her reputation for “a collegial and thoughtful judicial temperament, and a deep dedication to making the U.S Judicial system function better.”

The Lugar Diplomacy Series was launched in October, 2016, to strengthen diplomatic relationships and to promote diplomats’ engagement with leading American figures in both domestic and international affairs. The first speaker was retired four-star Gen. David Petraeus, former head of the CIA and former U.S. commander in Iraq and Afghanistan.

Wednesday’s meeting was held at the downtown Washington offices of the non-profit Meridian Institute, which brings together people from diverse perspectives to address such challenges as global agriculture and food security, global health, climate change, and sustainability. Meridian, along with global medical firm Abbott, is a charter sponsor of the Lugar Diplomacy Series. It is expected that other sponsors will join as the series moves forward.

Before joining the Supreme Court, Justice Kagan had been solicitor general of the United States, the first woman to hold that post. Prior to that, she served as the first female Dean of Harvard Law School. She has degrees from Princeton, Oxford University and Harvard Law School.

The first year of the Lugar Diplomacy Series will continue in January with a dialogue between a group of ambassadors and U.S. Senator Susan Collins, Republican of Maine. 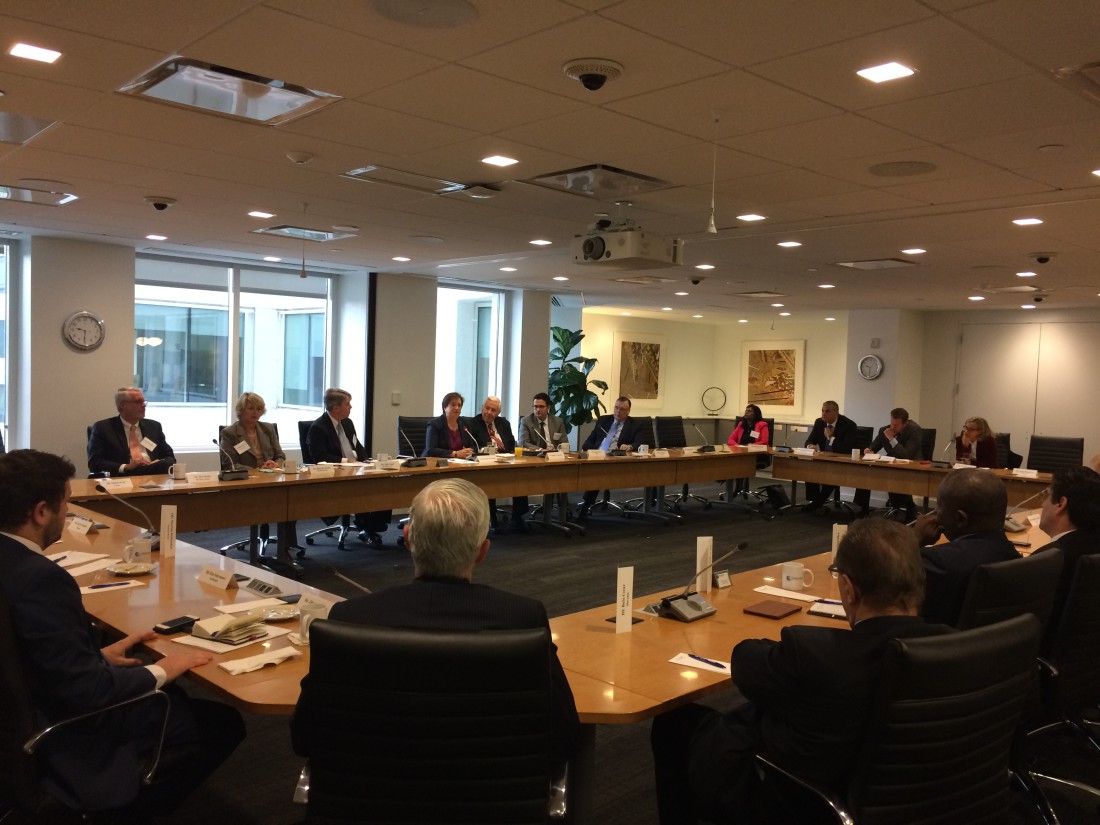