The chart below shows all members of the House who were under 45 years old at the beginning of the current 116th Congress (January 3, 2019). They are grouped in descending order of their 2019 Bipartisan Index scores. 56 percent of Representatives under 45 earned scores above zero — meaning they were more bipartisan than the 26-year historical average. Only 40 percent of Representatives 45 and older earned positive scores. Members under 45 accounted for 29% of all House members with positive bipartisan index scores in 2019, despite holding only 17% of House seats. Members under 45 recorded a composite Bipartisan Index score of 0.13027. Those 45 and older averaged -0.04499. The study also found that members of the Millennial Action Project’s Future Caucus — made up primarily of under-45 House members, scored even better than the under-45 group as a whole. Future Caucus members had a composite Bipartisan Index score of 0.22689, with 59% scoring above the historical average. The bar chart below compares Future Caucus members to the broader under-45 group of House members, as well as to the 45 and over group. As indicated by the line chart below, this is the third Congress in a row that under-45 House Members have outperformed their older counterparts by a wide margin. Finally, the study breaks down 2019 House Members by decade age cohorts so the bipartisan performance of House members in their 30s, 40s, 50s, 60s, and 70s and above can be compared.

GovTrack data was used in the production of these scores. 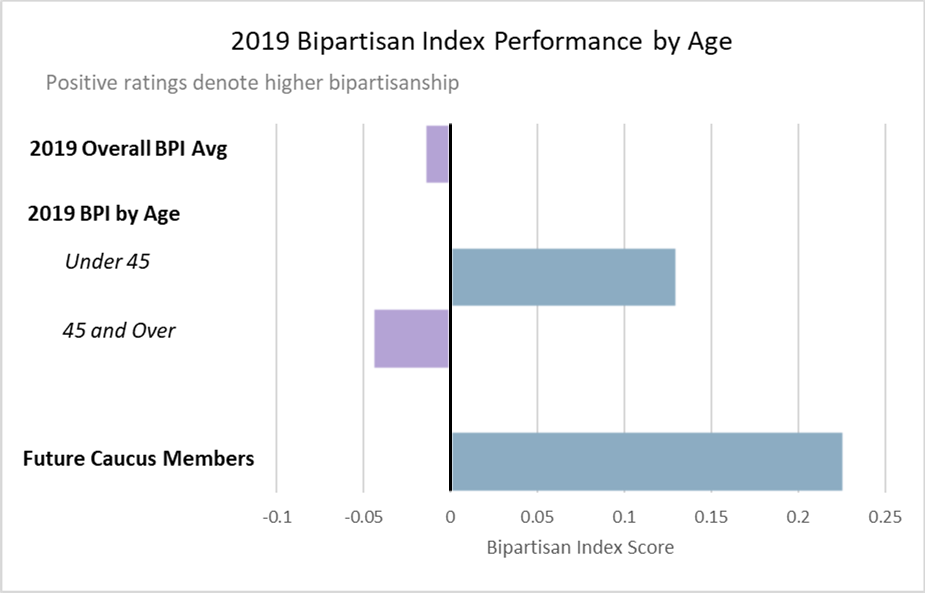 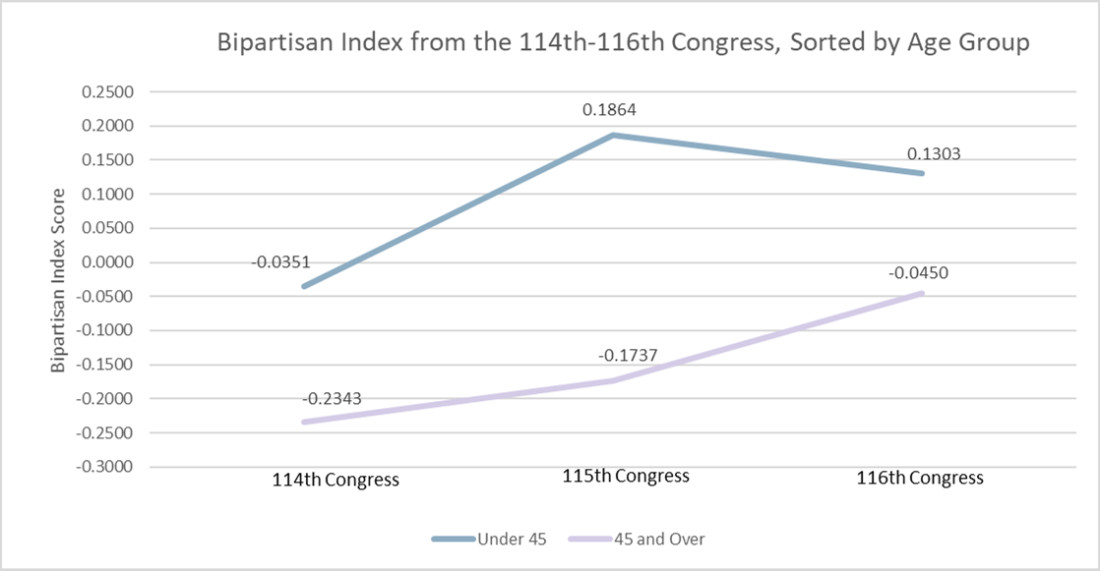