The Lugar Center and Georgetown University's McCourt School of Public Policy have produced a non-partisan ranking of how often each Member of Congress works across party lines.

Read about the Bipartisan Index in the Roll Call op-ed "Reviving the Lost Art of Bipartisanship" and The Hill op-eds "Real conservatives and real progressives can get things done" and "Bipartisanship in Congress: Some progress, still a long way to go" by former Senator Richard Lugar and Georgetown University's McCourt School of Public Policy Dean Edward Montgomery.

The Bipartisan Index is intended to fill a hole in the information available to the public about the performance of Members of Congress. There are innumerable studies, rankings, and indexes that grade members according to a partisan, parochial, or special-interest standard.

It is essential to understand that one cannot get a clear and fair picture simply by tallying up bipartisan sponsorships and co-sponsorships in a single Congress.  The main problem is that behavior related to sponsoring and co-sponsoring bills differs greatly depending on whether a member is in the majority or minority.  To overcome this problem and give our index greater historical value, we constructed a 20-year baseline of data to which majority and minority members could be compared.  One also must make decisions about how to compare members who co-sponsor a lot of bills with those who co-sponsor only a few; whether and how to give credit for an increasing number of bipartisan co-sponsors on a bill; whether to include commemorative legislation and resolutions; and how to handle members who introduce a very small number of bills or none at all.  We tested solutions to each of these questions and others before settling on what we believe is an effective formula for measuring bipartisanship.

I would emphasize that we do not believe that it is wrong for members to have partisan bills in their portfolio of co-sponsorships.  Every member of Congress has such bills.  Nor do we believe that all bipartisan bills are wisely written and considered.  However, a consistently low score on this index will be a very strong indication that a legislator is viewing his or her duties through a partisan lens. Conversely, a consistently high score is a strong indication that a legislator is prioritizing problem solving and open to working with the other party when possible.

What we are measuring in this Index is not so much the quality of legislation but rather the efforts of legislators to broaden the appeal of their sponsored legislation, to entertain a wider range of ideas, and to prioritize governance over posturing.

With this in mind, we regard any score above zero as a good score.  We designate Members who score above zero as “Bipartisan Legislators” because they are above average compared to the 20-year baseline scores for their respective group.  But we also offer special commendation to those members who score in the very top ranks.  For the 113th Congress, the top two Senate scores belong to Susan Collins of Maine and Joe Manchin of West Virginia. In the House, the two top scores were achieved by Christopher Gibson and Peter King, both of New York.

If a member is disappointed in his or her score, there is a straightforward way to improve it in future congresses:  Put more effort into recruiting bipartisan co-sponsors for your bills and consider co-sponsoring bills introduced by the opposite party.  We hope members will do that and we regard the Bipartisan Index as a way of providing encouragement.

Our focus with the Bipartisan Index is not just on individual members.  We also are looking at how Congress as a whole is performing. We hear often from commentators who claim that we are experiencing an extraordinarily partisan era.  Regrettably, our analysis bears this out to a large extent.  You can see by the charts that the last three Congresses have yielded very low scores on the Bipartisan Index.  The 112th and 113th Congresses had the two lowest scores among the eleven Congresses that we have analyzed so far.

What this means is that at the beginning of the legislative process, when effective governance would argue for broadening a new bill’s appeal, too often the opposite is happening.  Bills are being written not to maximize their chances of passage, but to serve as legislative talking points.  Taking a position is not the same thing as governing.  For Congress to be successful, the parties must work together at the beginning of the legislative process.

The Founders of our Republic were realists who understood the power of factionalism, parochialism, and personal ambition.  They understood that good intentions would not always prevail.  Accordingly, they designed a system to check abuse and prevent power from accumulating in a few hands.  But they knew that the efficient operation of such a Republic would require a great deal of cooperation.  They knew that it would require most elected officials to have a dedication to governance, and they trusted that leaders would arise in every era to make their vision work.

In this spirit, we encourage members of Congress to more frequently open themselves to the possibility that colleagues from the opposite party may have good ideas that are deserving of consideration. 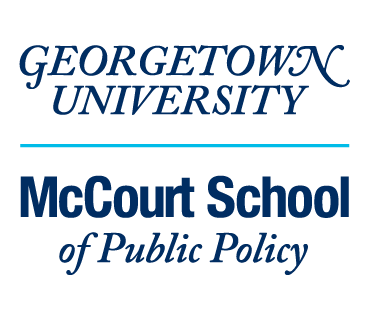