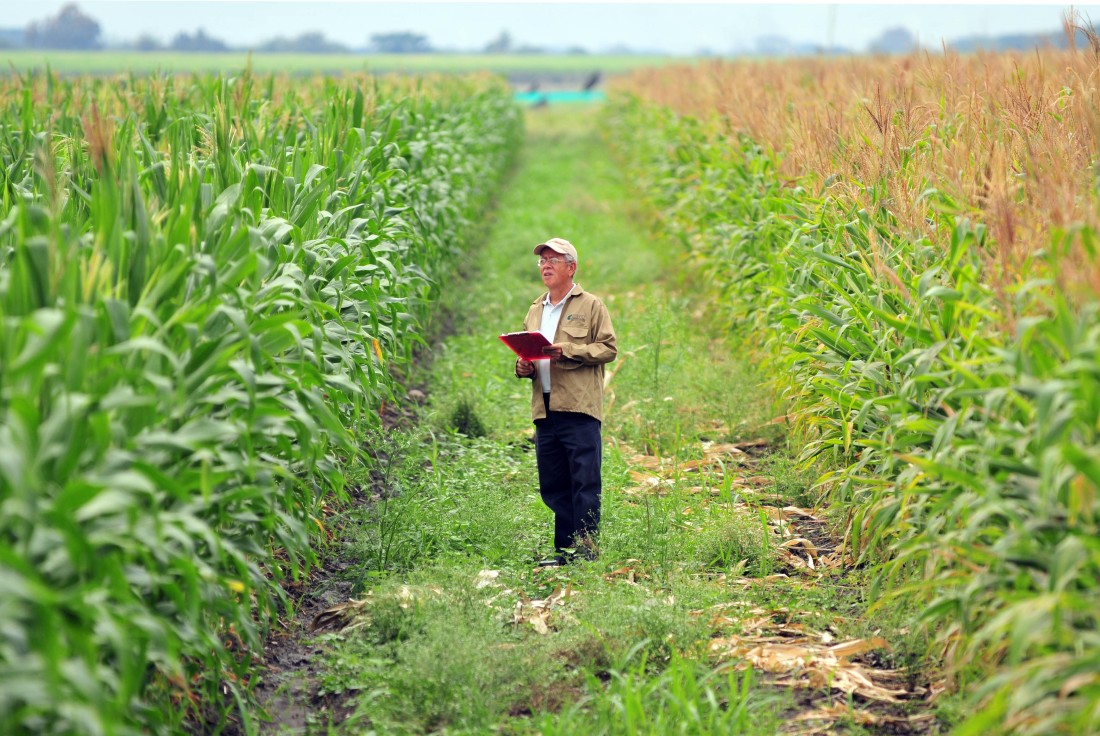 Most Americans may not know it, but food scientists today are experiencing a food renaissance. The main interface with our food comes when picking the ripest-looking head of cabbage from the produce aisle; however, in the 21st century, the ultimate origin of our food could well be a scientific laboratory, far from fields, pastures, and fisheries. The scientific advances breaking headlines daily demonstrate an unprecedented rate of progress in biotechnology, forecasting benefits to the environment, human nutrition, and medicine.

Take, for example, the “Impossible Burger”. The creation of biochemist Dr. Patrick Brown, the Impossible Burger seeks to recreate the flavor, texture, and other properties of beef while using no meat products. During an 18-month sabbatical, Brown found that he could replicate the most crucial properties of ground meat through genetically modifying and fermenting soy root protein- creating a meatless product that tastes like real beef. When compared to beef, the impossible burger uses 74% less water, 95% less land, and produces 87% less greenhouse gasses, without the cholesterol, slaughterhouse contaminants, or antibiotics typically used in meat production. The Impossible Burger reportedly tastes “very, very good,” according to a Business Insider article- although I have yet to try it, despite my insistence that a visit to one of the hip DC restaurants that sells the Impossible Burger is a legitimate office field trip.

The Impossible Burger is only the tip of the iceberg. Aquaculture has been revolutionized by gene editing Atlantic salmon with a DNA promoter from ocean pout. This editing allows farm salmon to grow year-round, not just in specific seasons, meaning fish that would normally take years to grow can be harvested in 18 months, with a reduced impact on the environment for each fish. In addition, the boost in production means a decrease in prices- making a prohibitively expensive superfood available to people regardless of their income level.

On land, golden rice has seen explosive growth across the world. By splicing genetic material from daffodils, scientists were able to pack traditional rice with vitamin A. This gives the engineered rice a distinctive gold color and makes it much more nutritious than traditional rice. Golden rice has the potential to benefit developing countries especially: in sub-Saharan Africa, where childhood vitamin deficiencies can cause lifelong problems, and in Asia, where 30-70% of many people’s diet is rice, the increased nutritional value of a staple crop is nothing short of game-changing. Each year, vitamin A deficiency kills 1-2 million people and causes 500,000 cases of irreparable blindness. Golden rice has the potential to address these problems head-on.

Biotechnology breakthroughs don’t stop there. Traditional genetic engineering techniques require material from other organisms to modify the end product- ocean pout for Atlantic salmon, for instance. However, new CRISPR-Cas9 gene editing practices target genes within single organisms, effectively cutting off undesirable traits in food. Already the FDA has approved false flax that produces enhanced omega-3 oils, white button mushrooms that stay fresher longer, and drought-resistant soybeans. Imagine the implications for swaths of the Sahel undergoing desertification if crops can be modified to adapt to climate change, or the benefits to Central American coffee growers suffering from coffee rust if the plants are modified to resist fungal infection. These scientific breakthroughs carry implications for medicine as well: CRISPR-Cas9 technology has already shown promise in mitigating genetically transmitted diseases, such as ALS and Parkinson’s, in mice, with the potential of meaningfully lengthening human lifespans that are often cut short by incurable diseases today.

Biotechnology’s potential is nearly unlimited, and it’s shortsighted to believe otherwise. Although many American media and thought leaders are quick to voice skepticism, no scientific study has found any negative effects to ingesting genetically modified foods. And in a world with changing weather patterns, an exploding population estimated to reach nearly 10 billion by 2050, and almost no more available arable land, can we really afford to do nothing, dismissing these opportunities as “Frankenfoods”? The demand for sustenance will rise regardless, by some estimates up to double current levels in the next decades; left unanswered, hunger has the potential to be one of the largest threats to global stability in the 21st century.

Although (presumably) 100% of the American population eats food, less than 2% of America’s population are farmers. The fact that the other 98% of the population mostly disregards the way their food is grown, processed, and made available to them is astounding. And yet almost all of the safe, affordable, and high-quality foods that most of us have access to today is attributable to scientific advancement that increases freshness, crop yield, and nutritional value. Today’s food renaissance is comparable in human history to the initial cultivation of crops in far-flung river valleys: a revolution that’s changing how the world produces, markets, and consumes food. And like the first fields, today’s biotechnology revolution has the potential to greatly improve the quality of life for people across the globe, if only we embrace it. And fast- to meet the demands of a rapidly growing population and a desperate need for improved nutrition, there’s not a moment to waste.