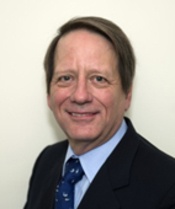 Jay Branegan is a Senior Fellow at The Lugar Center, where he works on arms control issues and the Center’s Bipartisan Governance Project. He served for 10 years as a Professional Staff Member on the Senate Foreign Relations Committee. There he was a writer/editor and worked on a variety of issues including international corruption, Asia, foreign aid reform, and energy.  Prior to that, he had a long career as a journalist, primarily for TIME Magazine, working as a foreign correspondent in Hong Kong and Brussels and covering the White House and the State Department. Jay also worked as a newspaper reporter for The Chicago Tribune, where he shared a Pulitzer Prize for investigative reporting. He has a BA from Cornell University and a master’s degree from Northwestern University.