On February 3, former Senators Richard Lugar and Sam Nunn joined with former Chief of Naval Operations Adm. Gary Roughead for a visit with key lawmakers. The trio met with Congressman Jeff Fortenberry (NE-1) and a bipartisan group of more than a dozen members of the House of Representatives for a dialogue on current nuclear security and non-proliferation efforts. Read the recent op-ed on nuclear security from Senators Lugar and Nunn in The Washington Post here. 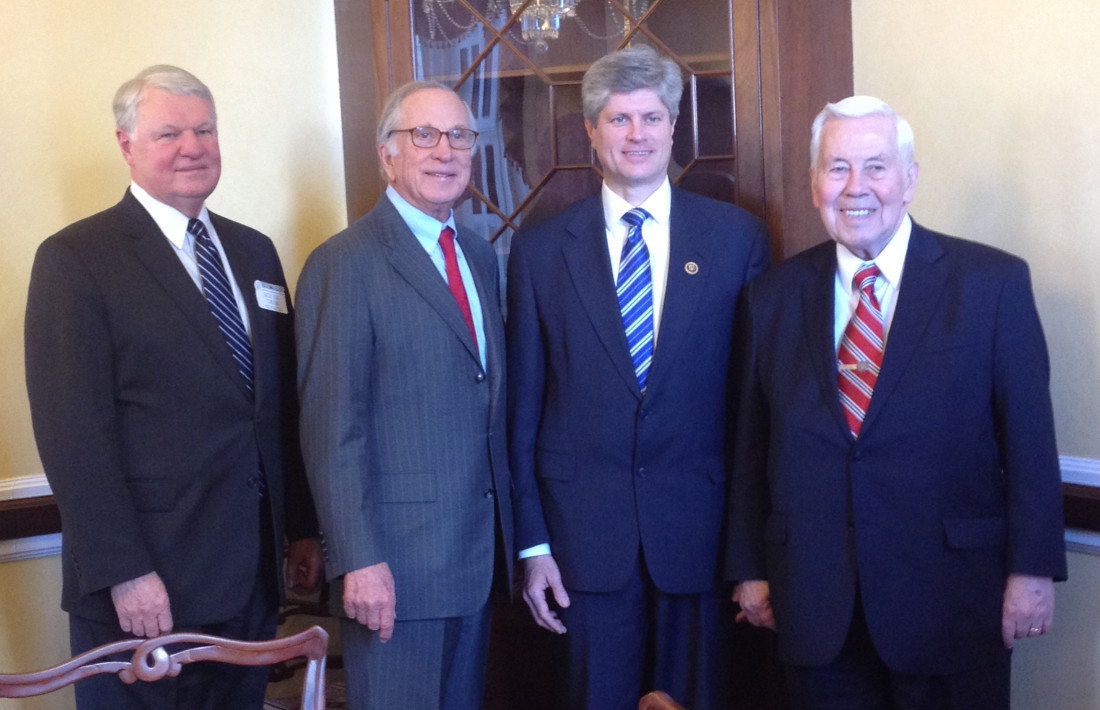