Lugar Center senior staff recently welcomed Zambian Minister of Agriculture and Livestock Robert Sichinga and Zambia’s Ambassador to the United States Palan Mulonda to The Lugar Center for a discussion of the challenges facing Zambian food security and Zambia’s potential as a food exporter for Southern Africa. The meeting explored joint activities between the Lugar Center and the Zambian government on food security issues. In their previous roles as Senate staffers, several Lugar Center staff had traveled to Zambia as part of a 2009 Senate Foreign Relations Committee study on Global Food Security. Their findings were compiled in the report, Global Food Security: Perspectives from the Field, which can be read in full here. 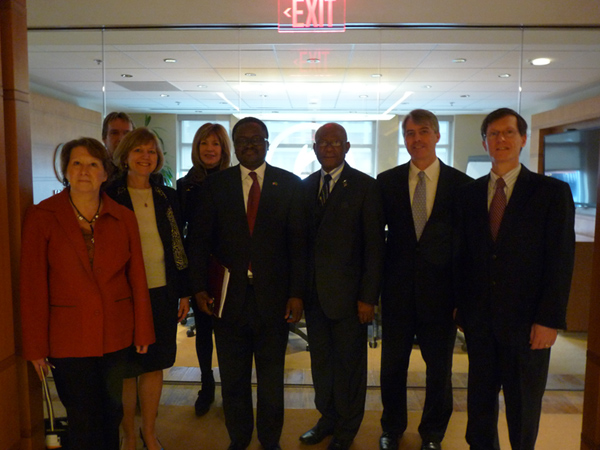