U.S. Senator Susan Collins, the senior senator from the State of Maine, led an off-the-record round table discussion with ambassadors to the United States Monday in the third meeting of the Lugar Diplomacy Series.

Senator Collins was introduced by her former colleague, Senator Richard Lugar (Ret.), president of The Lugar Center. In his remarks, Senator Lugar noted that Senator Collins “has been called one of the ten most powerful women in Washington. But I believe that understates her importance to our political process. Senator Collins functions as one of our truly indispensable Senators. She is a model for how to prioritize good governance over political calculations. She has earned the respect of both political parties through her civility, her preparation, and her sound judgment. She has devoted herself both to her constituents in Maine and to the calling of making the United States Senate work for the American people.”

Senator Collins, who was first elected in 1996, is a member of the Appropriations Committee; the Health, Education, Labor, and Pensions Committee; the Select Committee on Intelligence; and the Special Committee on Aging, which she chairs. Senator Collins is an authority on numerous issues, including health care, transportation, aging, homeland security, government efficiency, and the challenges of rural America.

The Lugar Diplomacy Series was launched in October 2016, to strengthen diplomatic relationships and to promote diplomats’ engagement with leading American figures in both domestic and international affairs. The first speaker was retired four-star Gen. David Petraeus, former head of the CIA and former U.S. commander in Iraq and Afghanistan, followed by United States Supreme Court Associate Justice Elena Kagan.

Wednesday’s meeting, held on Capitol Hill, was sponsored by the non-profit Meridian Institute, the global medical firm Abbott, and DuPont. The first year of the Lugar Diplomacy Series will continue in April with a dialogue between a group of ambassadors and philanthropist Howard Buffett. 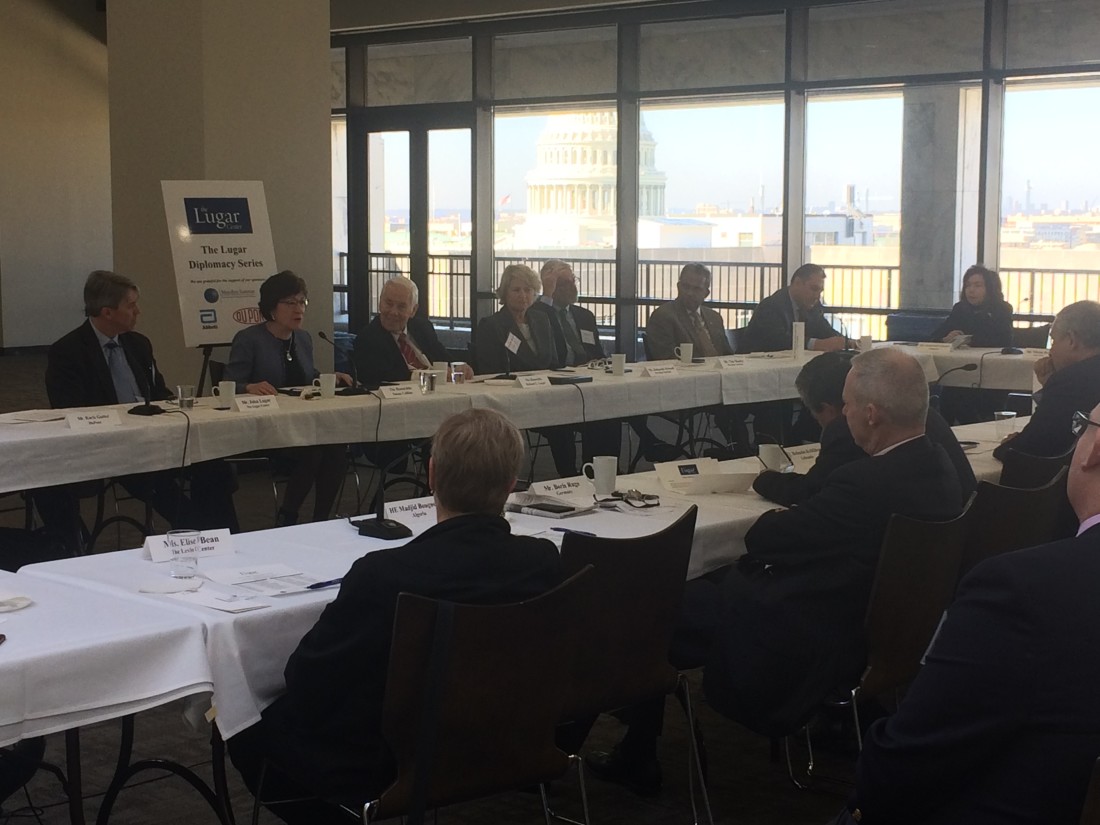