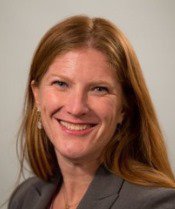 Maia Comeau joined The Lugar Center from the German Marshall Fund of the United States where she served for twelve years as the Director of Congressional Affairs. Ms. Comeau joined GMF in 2004 to develop and implement congressional affairs programming for the Fund, and under her leadership, the congressional affairs department grew to include four full time professional staff handling a variety of projects designed to educate Congress on transatlantic issues.  In 2013, she founded the Richard G. Lugar Institute for Diplomacy and Congress which worked to increased communication between the foreign diplomatic corps and the U.S. Congress. Prior to GMF, she worked for the Government Affairs firm Bergner, Bockorny, Castagnetti, Hawkins and Brain. Ms Comeau brings over fifteen years of global government relations, fundraising, and management experience to The Lugar Center. She maintains extensive relationships in the U.S. Congress, US Administration, and international parliaments and governments and is a frequent guest speaker at foreign embassies and organizations. She is a graduate of Pennsylvania State University and is a former professional ballet dancer.