The more bipartisan the state’s congressional delegation, the darker the color. Some of the most bipartisan states (such as Nevada or Colorado) were adjacent to those least bipartisan (like Utah or California). 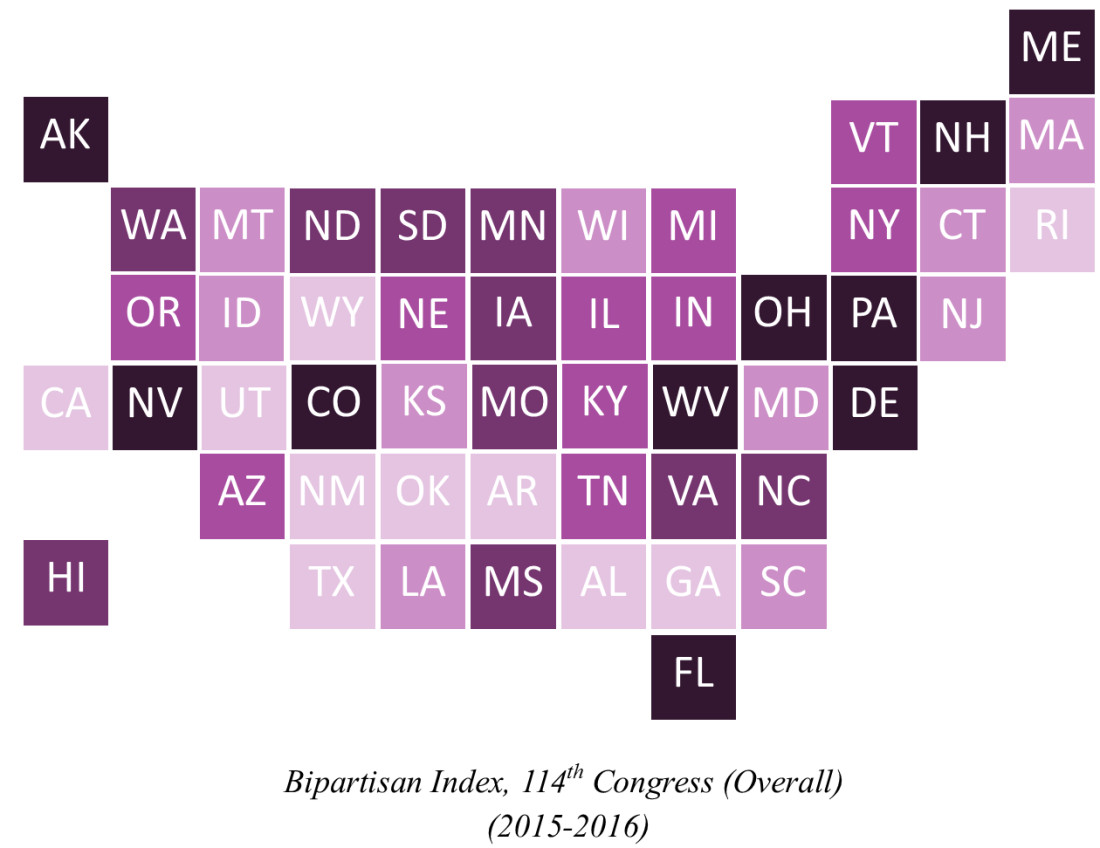 West Virginia topped the list as the most bipartisan state in the Senate, with Senators Joe Manchin and Shelley Capito ranked 4th and 9th respectively on the 114th Bipartisan Index. 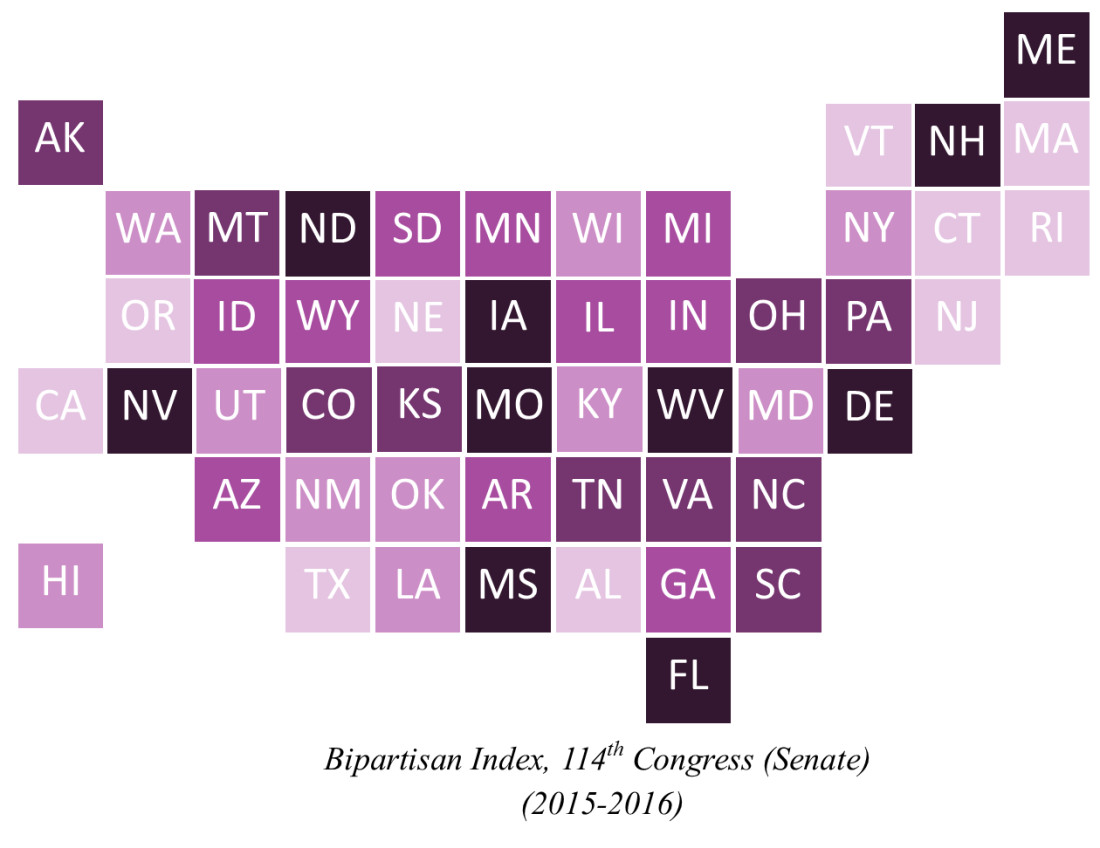 In the House of Representatives, smaller states like Vermont and Alaska, as well as more populous ones, such as Oregon and Pennsylvania, ranked in the top 10 for most bipartisan. 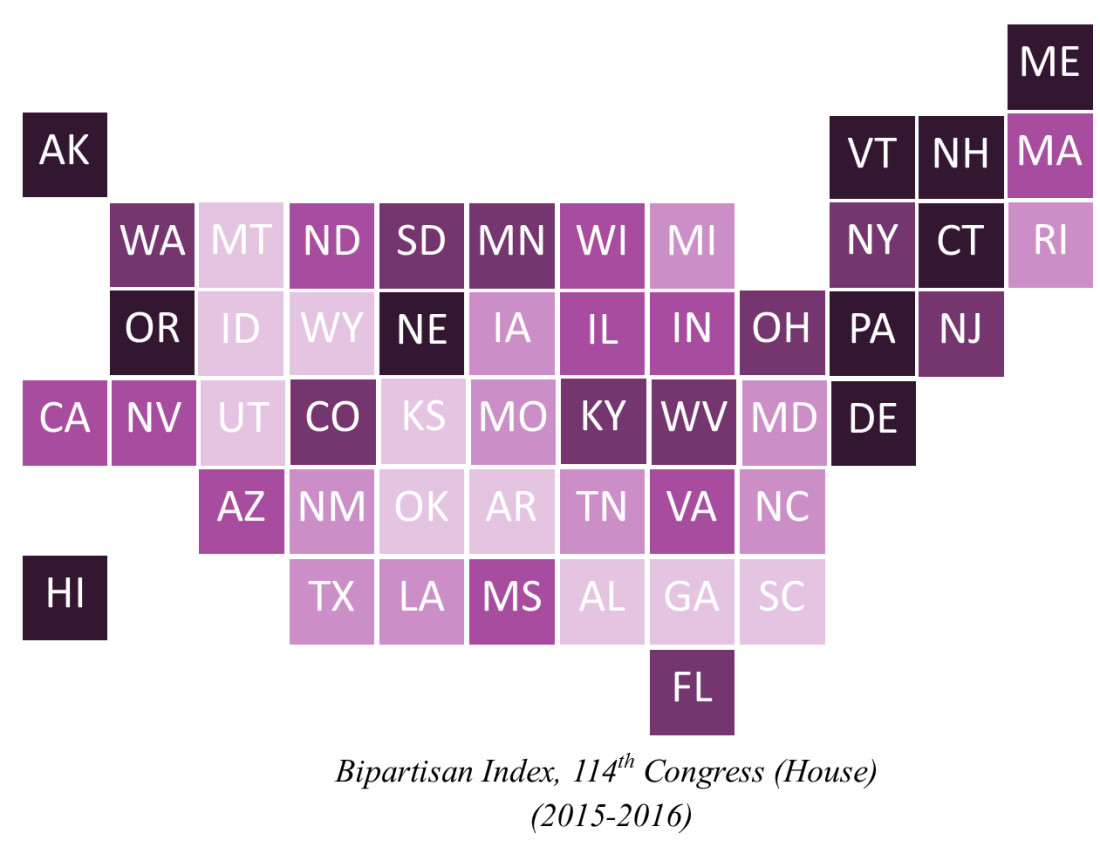