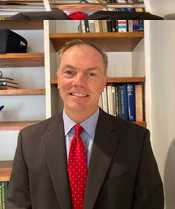 Patrick Garvey joined The Lugar Center from the Congressional Research Service, Congress’ internal research and analysis arm, where for five years he was the deputy director of the Foreign Affairs, Defense, and Trade Division, comprised of more than 110 senior analysts.  Patrick joined CRS in 2015 after spending three years in industry as VP for Government Relations for Triple Canopy, a leading mission support and security provider to industry and the U.S. government. Prior to joining Triple Canopy, Patrick had served as a senior professional staff member for the Senate Foreign Relations Committee since 2003. During his tenure, he advised Committee Chairman Richard Lugar on military affairs, counterterrorism, and Middle East policy and conducted extensive oversight of U.S. programs in the Middle East, particularly in Iraq. His nearly 14 years of work in the U.S. Senate included serving as legislative assistant to Lugar and to Senator Al D'Amato. Patrick is Captain in the U.S. Navy (retired).  He served 30 years in both active and reserve assignments and is a veteran of both Iraq conflicts.  In the Reserve component, he held command and staff assignments at OPNAV and OSD, U.S. Central Command, NATO, the National Defense University, and the Naval Inspector General. Patrick brings his 30 years of effective leadership, national security policy-making, oversight and governance, and extensive bipartisan relationships to The Lugar Center. He maintains an extensive network internationally, in the Congress, and in the executive branch, particularly in the Departments of Defense and State. Patrick holds a masters degree in public policy from the Terry Sanford School of Public Policy at Duke University and a bachelors from Villanova University.  He lives in the Washington, DC suburbs and has four above-average children.